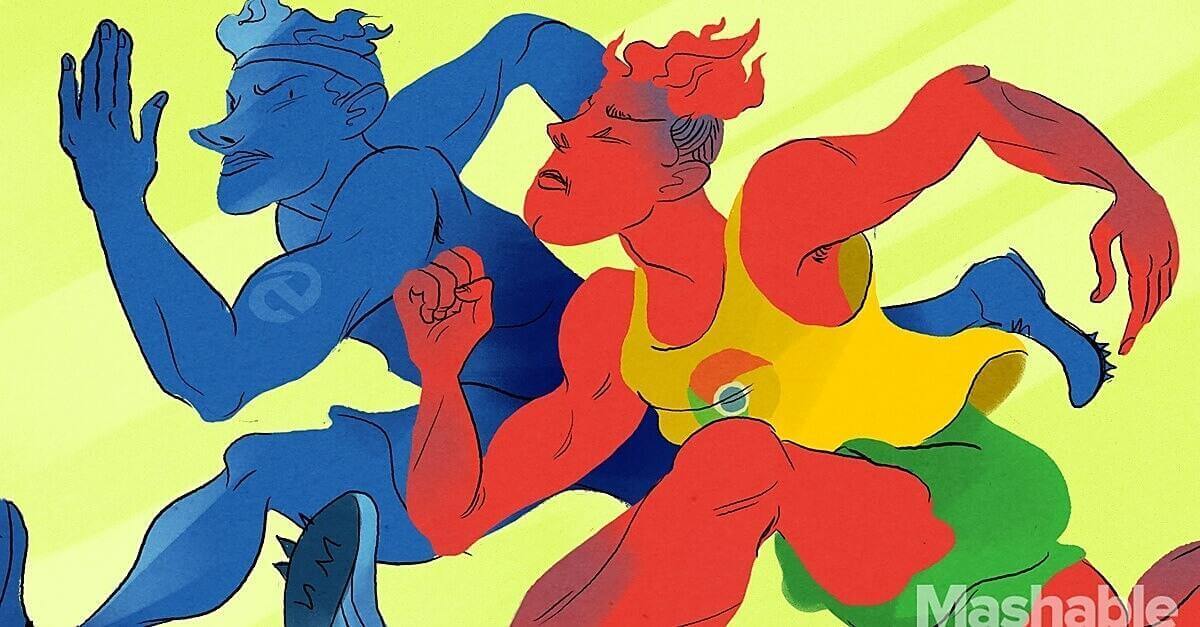 Google Chrome is the most used internet browser worldwide- it is fast, reliable and secure, not to mention it comes with tons of features and add ons. This doesn’t mean that no one can conquer against Chrome. In fact Microsoft Edge has been launched to go head to head with the dominant browser. We’re going to compare some components of these internet browsers which make them popular choices.

ROUND ONE: Speed
Chrome is faster at rendering loading pages than Edge and surpassed it in many other benchmarking tests. But Edge still held its own, coming in narrowly behind Chrome.

Victor: Google Chrome still holds the title for the speediest web browser with Edge creeping up behind- although it can be said that Edge will slow down once Microsoft comes out with extensions for it.

ROUND TWO: Bandwidth Consumption
Chrome is known for using a lot of RAM- this is said to establish more secure browsing with reduced amounts of crashes affecting user experiences. Moreover, once multiple extensions are added the amount of RAM consumed increases noticeably. Unexpectedly, Edge can consume enough memory to exceed Chrome’s 64-bit version.

Victor: Surprisingly, Google Chrome wins this round as it consumes around only half the memory that Edge does when the same tabs are opened.

Chrome’s evolution, rich content and regularly updated features allow it to stay current. Plugins, extensions and various web apps increase the browsers functionality which is why it’s so widely used. There are a copious amount more of Chrome features that put and keep this browser on top. Edge comes with some unique and cool features such as its integration with Cortana, the option to doodle straight onto a web page and reading mode.

Victor: Google Chrome is a veteran, its feature rich browser keeps it considerably ahead of Edge. Although Edge lacks a few features right now- its next upgrade could bring it closer to being on par with Chrome.

Chrome’s fast browser times and minimalist user interface make it a user favourite. The interface is simplistic with the address/search bar along with the back, forward and refresh options along the top and the bookmarks bar which reveals several more options. Microsoft seem to be getting the hint. Unlike the cluttered Internet Explorer, Edge features a streamlined addressed/search bar similar to that of Chrome’s and has a modern looking web experience that puts its prehistoric predecessor to shame. The incorporation of Cortana into the browser also enhances the user’s experience.

Victor: Microsoft Edge’s neoteric design and responsive user interface pushes Chrome off the top spot for browser with the best user experience. Reading view, Cortana and hub are just a few of the features that make this browser interesting.

ROUND SIX: Security
Google Chrome is a secure browser. Chrome uses software such as Safe Browsing, sandboxing and auto-updates to help protect you against phishing and malware attacks. Despite having a less than stellar reputation for creating secure internet browsers, Microsoft has pushed through and made Edge a very secure web browser. Edge features ‘protected mode’ which is Microsoft’s variation of sandboxing. There’s also SmartScreen, which executes a check on dubious websites to block them from downloading malicious content to your device.

Victor: Microsoft Edge is the winner here, as it comes with an array of new high quality security features.

Google Chrome will invariably be up-to-speed with the most recent web standards as Google is a co-chair of W3C Web Performance Working group. Despite Chrome having an advantage, Edge has been built to support modern web standards but not enough to surpass Chrome in performance tests.

Victor: Google Chrome wins here and it’s no shock to us, considering Edge is just a baby- it will take a while before it can compete with Google Chrome on the web standards front.

By all means these results do not suggest that Chrome cannot be outperformed. Microsoft Edge is a worthy adversary of Google Chrome but it has not developed enough to dethrone Chrome but that’s not a big deal for Microsoft as Edge is still an infant- so Google should definitely watch their back!

For the meantime Google Chrome is still the King of web browsers!

4 thoughts on “Microsoft Edge VS Google Chrome: Battle of the Browser”